PROMOTioN is a European Horizon 2020 research and innovation project, working with 33 consortia partners from across 11 countries, that seeks to address the challenges of developing meshed HVDC offshore grids for cost-effective and reliable electricity supply. Currently, the high cost of converter technology and a lack of experience with protection systems and fault clearance components, alongside limitations in European regulations in this area, hamper the deployment of meshed HVDC offshore grids.

A meshed European offshore transmission grid connecting offshore wind farms to shore could provide significant financial, technical and environmental benefits to the European electricity market and PROMOTioN’s aim is to explore and identify these potential benefits. 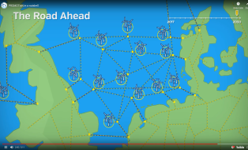 And by connecting the windfarms together using existing links will provide a much more resilient connection to an HVDC grid.

The National HVDC Centre is leading on Work Package 9 which is a conglomeration of the outputs of work package 4 that focuses on the protection of meshed HVDC grids, and work package 6, which investigates HVDC circuit breakers, to create an end to end protection system with an ultimate goal of raising TRL levels.

The objective of work package 9, led by the HVDC Centre, is to demonstrate the protection of the DC grids by investigating when faults arise, how the system is protected and kept online during the process.

The Centre received models of DC breakers from other work packages within the consortia and used physical intelligent electronic devices to decide which breakers should be tripped.

For example, the HVDC Centre built a model of an offshore grid including the HVDC circuit breakers and interface this with an academically developed IED from KTH Royal Institute of Technology in Sweden and an industry prototype from Mitsubishi.  This demonstrated the model working in real-time using simulation, which could be realised in a physical relay that could be installed onsite. 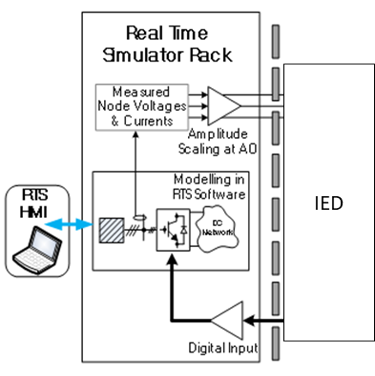 A demonstration event, held in the National HVDC Centre in August 2019, shared experience and learning around the operation of the protection regime. 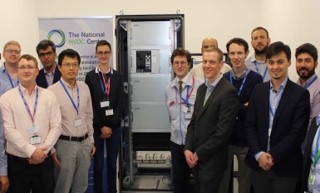 A final event to be held at the end of the project will provide results and evidence around:

Full details on PROMOTioN can be found on their website at https://www.promotion-offshore.net